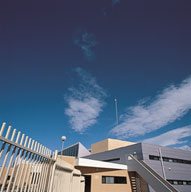 Australia has two tertiary education funding models – one for VET and one for higher education. The Mitchell Institute Victoria University looked at the tertiary funding models, including the fractured VET funding model, does the important jobs of advancing equity and maintaining the stock of knowledge and skills the economy needs. The Peter Noonan, Mitchell Professorial Fellow (and former VDC Chairperson) paper Response to Commonwealth Government’s Discussion Paper: Redesigning VET FEE‐HELP, tackles a number of the questions the Commonwealth put out to consultation in its Discussion Paper

Noonan then makes the straightforward observation that:

There is no clear logic or rationale for how or why students, courses and providers are now funded on a different basis across these three categories and by different levels of government.

He also points to a very significant downside if we think about VET FEE-HELP in isolation from changes to the higher education funding model. One change under consideration is that ‘sub-bachelor’ programs (so associate degrees, advanced diplomas and diplomas) would have access to higher education funding arrangements from which they are currently excluded. If adopted, this change would introduce yet another overlapping funding stream. It’s important to take an integrated view of tertiary education. As Noonan puts it:

At present, about half of Australia’s 180 or so higher education providers and universities are also accredited VET providers, which underscore the increasing overlap between the two sectors. In the absence of a coherent funding framework for qualifications offered in both sectors, there is considerable potential for cost shifting between the sectors, and from the states to the Commonwealth
Decisions on the design of VET FEE‐HELP must therefore be taken as part of a comprehensive redesign of the financing of tertiary education in Australia. The redesign must recognise the interrelationships between the different financing systems within and across the sectors, and also recognise the different roles and characteristics of the sectors.

Sorting out the way ahead for VET FEE-HELP is important, and the government has indicated its intention to introduce new arrangements from the beginning of 2017. Important as that is, it’s also important to sort out how Australians – governments alongside students and their families – intend to fund tertiary education as a whole. Noonan suggests it would be a good idea to do both of these important things at the one time rather than treat them as separate and unrelated.

Submissions to the Commonwealth’s VET FEE-HELP Discussion Paper closed on 30 June. You may be interested to read some of the submissions. Here’s a sample picked up from a web search – as you can see, a wide range of organisations have put their views forward: